Educate Together today warmly welcomes the election of the new Taoiseach Leo Varadkar and wishes him well in the task of leading the Irish Government. Educate Together CEO Paul Rowe:

“As a man who understands well the character and makeup the fast-changing modern Ireland, our hope in Educate Together is that Taoiseach Varadkar will prioritise the establishment of an education system that is open to and welcoming of all children, irrespective of their social, cultural or religious background. Families in towns, villages and cities all over Ireland are advocating for new equality-based schools and for radical reform of the Irish education system and we hope that the new Taoiseach will champion their cause.” 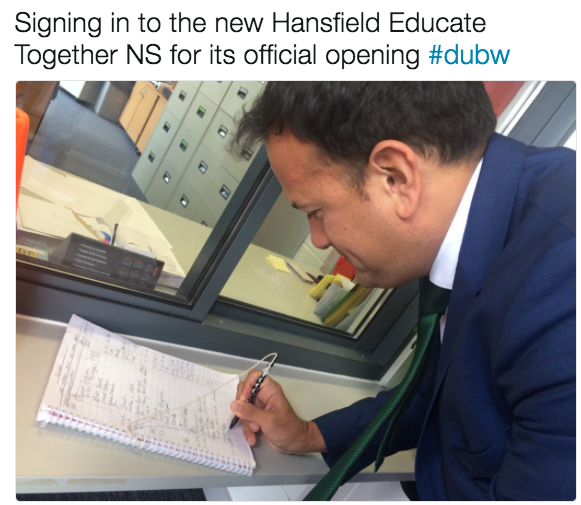 “especially [Educate Together’s] vision for an 'education inclusive of all, irrespective of belief system, race, ethnicity, class, culture, gender, language, lifestyle and ability.' One in which no child is an outsider.”

Recalling his own experience in primary school, the future Taoiseach stated:

“Personally, I really support the Educate Together approach where children stay together throughout the day and are not split during school hours. I remember when I went to primary school, one of the other boys in my class who was a Baptist, stayed behind when we went down to the church or read in the corner on his own when we received religious instruction. I didn't like it then and the fact I remember it thirty years later says something in itself.”

Crucially in Educate Together schools, children are not separated from their classmates according to religious beliefs at any point. Educate Together is campaigning for a national network of these equality-based schools in line with proven parental demand. With that goal in mind, Educate Together is calling for a full reassessment of the Government’s ‘reconfiguration’ school patronage transfer process and that a new process be formulated that prioritises the wishes of parents and families, rather than Church interests.

Educate Together is very much looking forward to working with Taoiseach Varadkar and his Government on advancing the all-important cause of educational equality in this country.