Ballymakenny College, which opened in August 2014, is a new type of community school, with Louth Meath ETB and Educate Together as its joint patrons. It is a co-educational school, has an ethos based on equality, human rights and active citizenship and is the first of its kind in the country. The College is currently accommodated in temporary premises in Aston Village Educate Together National School. The Minister was welcomed by Principal Alan Mynes, Principal John Kelliher of Aston Village ETNS and the Student Council of each school and visited classrooms accompanied by TD for Louth East Meath Ged Nash and Senator Mary Moran. Ms O’Sullivan then spoke individually with some of Ballymakenny College’s 63 students and went on to visit Fourth, Fifth and Sixth Class of Aston Village ETNS. 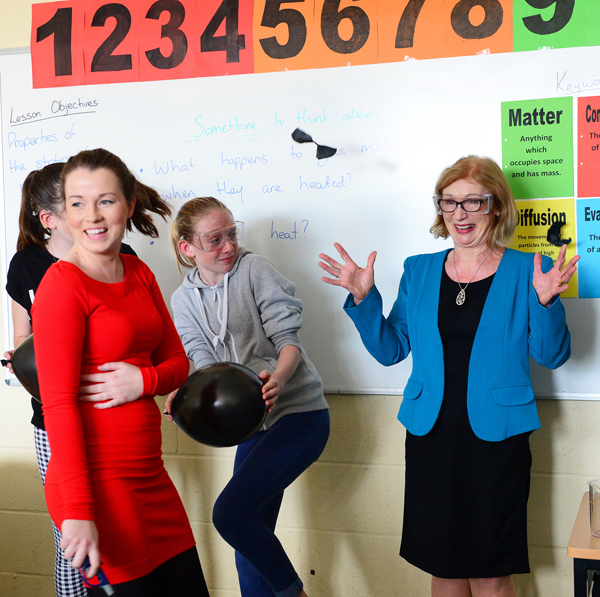