Educate Together’s ‘Gender Matters’ Ethical Education Conference took place on the weekend of 24-25 November, attended by over 200 teachers, students, educators and exhibitors from all over Ireland. This year’s theme addressed a core part of the Educate Together ethos, co-education and gender equality. With issues around gender getting long overdue attention in the media and society more widely, Educate Together believes that it is vital that teachers and students are prepared to engage and respond ethically to these emerging issues.

The conference opened on a strong note – the Friday main stage was given over to students from Educate Together schools as they presented to their peers and teachers on initiatives they have led on in their school on Gender Equality and Ethical Education. Possibly the highlight of the conference, the StudentMeet is an event pioneered by Educate Together at last year’s conference and a fantastic way to ensure that primary and second-level students are empowered to speak about issues that influence them and initiatives that they are involved in. Students presented on human rights defenders, Student Dáils and LGBT rights at this unique StudentMeet event.

The conference Keynote Address was delivered by Dr Debbie Ging, Associate Professor of Media Studies in the School of Communications, DCU, to a packed audience of delegates. It covered issues around gender and social media, cyberbullying, the harmful stereotyping – ‘gender straight-jacketing’ of both boys and girls and the sexulaisation of children. Dr Ging challenged the conference attendees to address the power relations that underpin sexism and the systemic, institutional, societal nature of gender discrimination.

Dr Ging proposed that educators should address these issues by teaching less and listening more – by first jettisoning top-down approaches in favour of engaging with the lived realities of young people. Said Dr Ging:

“I’ve tried asking groups of young people what they think about gender issues. This is usually met with silence. But if I show them an internet meme related to gender, they will talk for hours… We can never know or fully understand the social media ecologies in which young people are immersed, particularly in the case of smartphone apps, which are virtually impenetrable to parents or teachers. But we can ask them to show or tell us. And try to listen with open minds.”

The Keynote ended in praise of an informed, proactive model of co-education:

“One thing is sure. Without educational and political intervention, the forces of market capitalism and gender essentialism will continue to conspire in cultivating a society of gender apartheid. Co-education is key to combatting this. But it must be a co-education that is proactive, informed, and norm-critical, media-literate, politically astute, and ideologically self-aware. This inevitably puts enormous pressure on educators.”

This year’s conference was about providing the space for teachers to tease out how they approach issues to best effect for all of their students, irrespective of gender. Conference workshops included the use of drama and theatre to approach issues on gender equality, supporting gender diverse students, migration issues and development education. The annual Educate Together conference is open to all teachers, whether or not they teach in Educate Together schools, and is going from strength to strength. It is vital that educators have the space, time and opportunity to discuss, engage and reflect on issues that impinge on both their lives and the lives of their students. 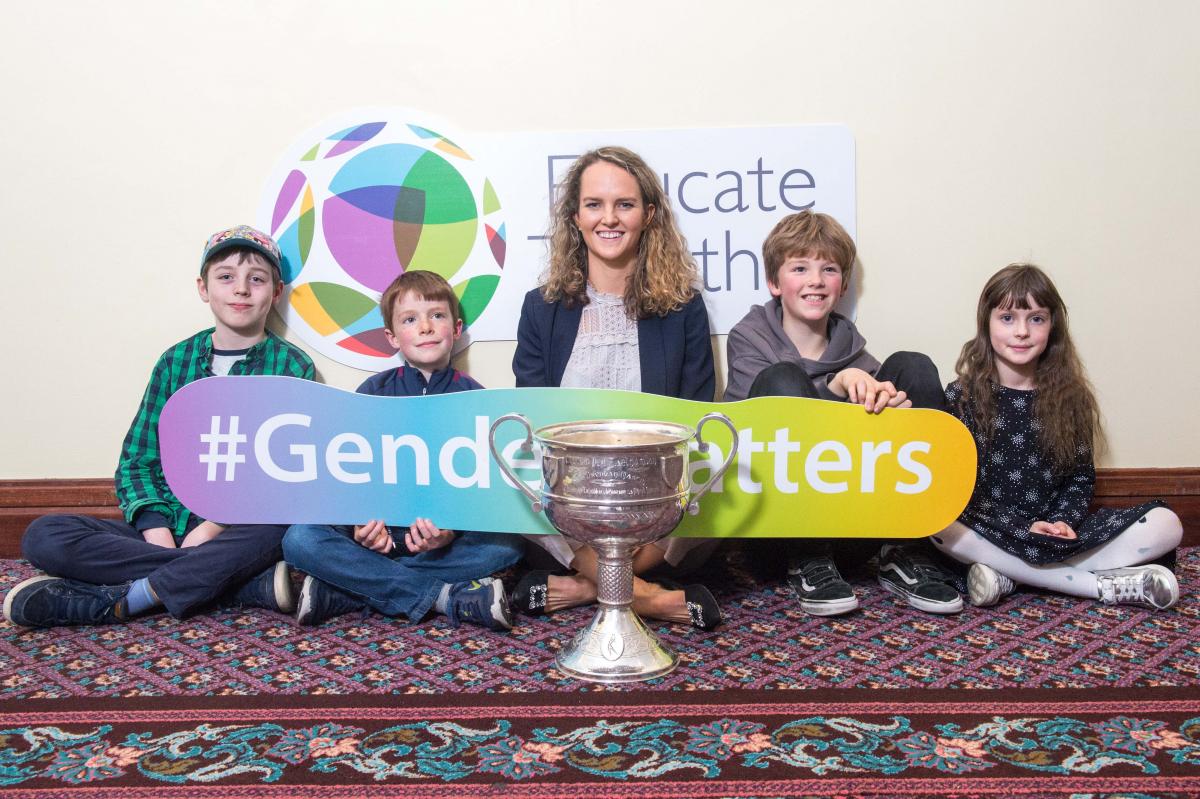