Emer Nowlan, Head of Education and Network Development at Educate Together said:

“Since our first schools were sanctioned last summer, we have seen an increase in demand from parents all over the country for our second-level model. The news of new schools for Balbriggan and North Wicklow is especially welcome since these are areas where we have clusters of primary schools and demand has been building for a number of years”.

“We are delighted for parents in the North Wicklow / South Dublin area, who have been campaigning for this since 2009. Anyone who would like Educate Together to be the patron of the school should visit www.wicklow2school.ie and fill out an expression of interest “. 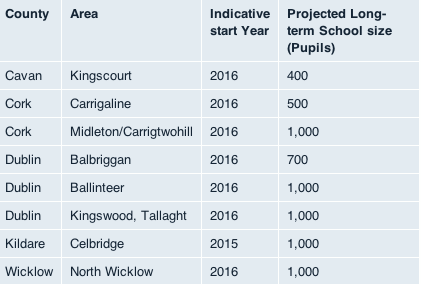