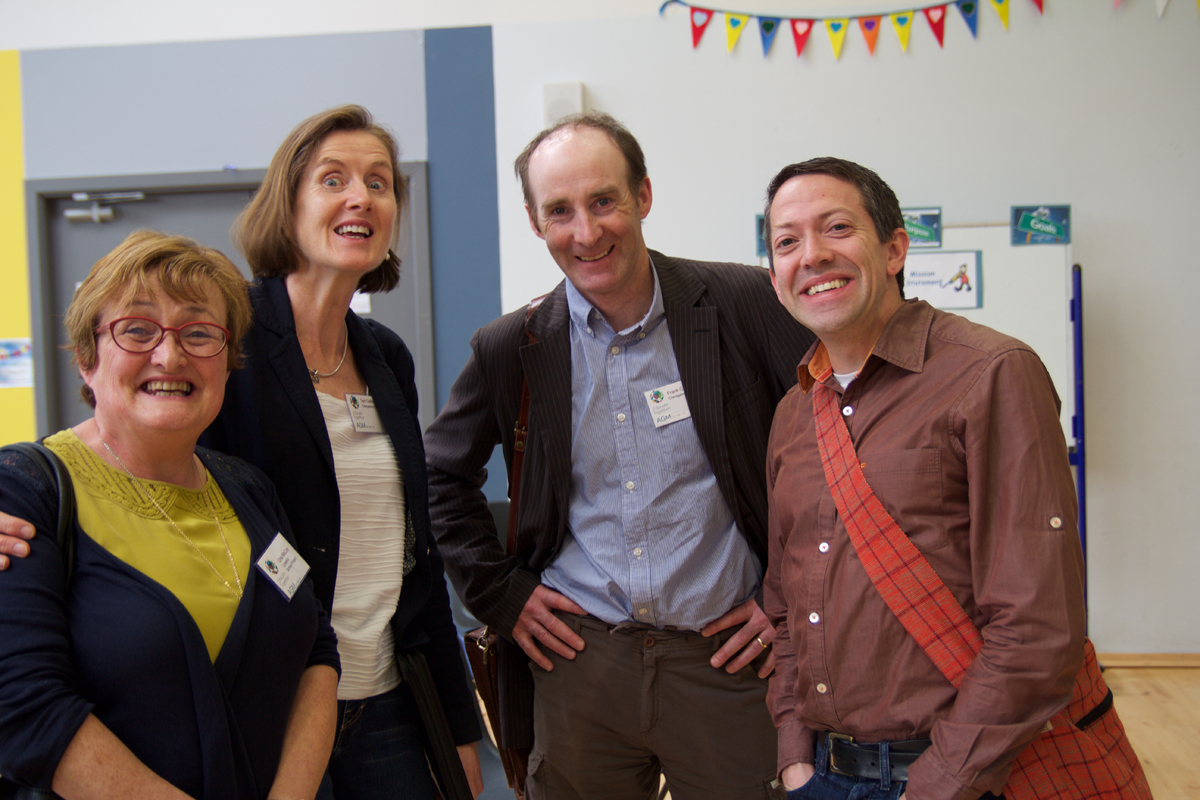 2015 was also the first year that representatives of Educate Together’s second-level schools – Hansfield ETSS in Dublin 15 and Ballymakenny College, Drogheda which is operating under joint patronage of Educate Together and Louth Meath ETB – were in attendance and were warmly welcomed by the membership and Board of Directors.

The meeting welcomed six new national schools to Educate Together. Knocknacarra ETNS, Galway; Shellybanks ETNS and Malahide / Portmarnock in Dublin; Tramore ETNS in Waterford and Trim ETNS in Meath were all admitted to the network. Making history this year was Newtownwhite ETNS – the first Educate Together school in Co. Mayo and also the first to change patronage from Church of Ireland as part of the current “divestment” process.

Catchment areas at primary level were also under the spotlight. A common enrolment policy was suggested under which schools in a shared catchment area would collaborate on admissions. This suggestion caused much debate and was referred to the Board for further investigation. The AGM strongly encouraged collaboration between Educate Together schools in regional and area-based clusters and asked all member schools to allocate staff and management time to this work. The intention is to encourage schools to set up their own smaller networks in areas where there are multiple schools within an hour of each other so they can share good practice.

A number of motions regarding school accommodation and leases were carried. The Board of Directors will seek the immediate implementation of the lease agreement for specified schools drawn up and agreed between ET and the DES in 2008/2009 and to see the immediate refund of community contributions to schools who are due to be covered by the lease agreement as advised to schools by Educate Together in 2008. These motions were raised because a number of schools established before 1995 were obliged to raise IR£50,000 in order for the DES to provide a permanent building. Although the schools were assured of a refund, they haven’t yet received restitution.  The Board will also seek clarification from the Department of Education & Skills on the operation of the Department’s state indemnity scheme and on the issue of building insurance for affected schools as outlined in DES correspondence in 2010. This is intended to remedy the situation whereby there remains considerable confusion over buildings insurance for some schools. The Board will also call on DES leases to be provided in plain language and outline clearly the responsibility of the school and the DES in relation to new State-owned buildings. 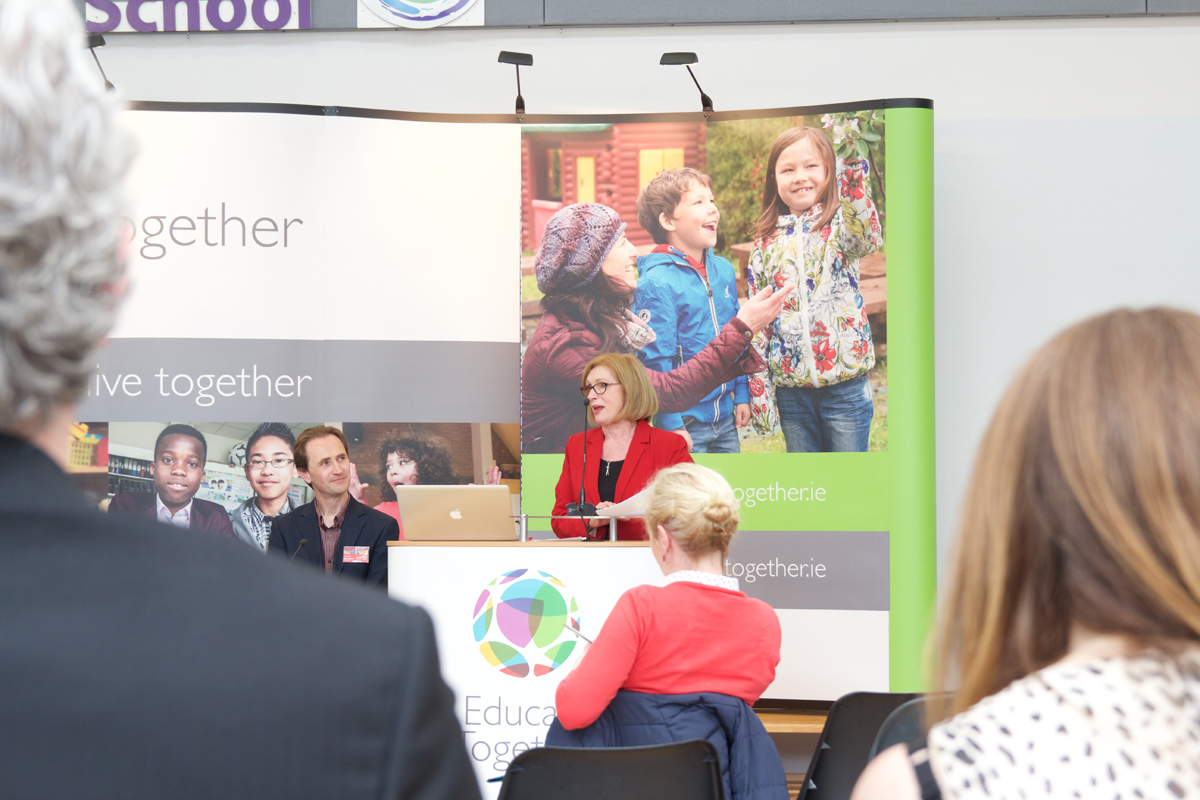 The AGM recognised the long-term importance of ensuring that all student teachers have the opportunity to learn about and explore the Educate Together model in colleges of teacher education. The objective to create a centre for ethical education in Dublin City University with both a teaching and research component was unanimously approved.

A number of staffing issues were addressed. The expectation that a Principal of a school with over 400 pupils and 20 staff should be without an Assistant Principal was a particular concern. At the moment, to qualify for approval to appoint a Deputy Principal, a school must have reached these enrolment figures within four years of opening and numbers are calculated on a previous year basis. This expectation has caused significant issues and the Board of Educate Together will pursue this position with the DES.

Furthermore, the AGM called for the introduction of open competition for vacant posts of Deputy Principal of National Schools when a teacher leaves a school or when a new post is created. Funding for full-time administrators was called for as well as a doubling of administrative time for teaching principals. Following an outline of organisation’s finances, a motion to increase the membership fee to €15 per child was approved, based on enrolment from previous year. However, a motion for Educate Together to lobby for developing schools to be exempt from supplementary panels was debated and failed.

At primary level, the AGM affirmed its strong commitment to the inclusion of children with an ASD in schools that are under its patronage. It urged the officer board of Educate Together to pressure the DES to allow Resource and Learning Support hours to be combined and supplied by the same teacher rather than teachers travelling between schools to provide these hours for children.

The AGM deplored the totally inadequate provision of suitable education for children with an ASD in mainstream schools at second level. Members affirmed their commitment to the inclusion of children with an ASD in all second-level schools that are currently, or that will in the future be, under its patronage. For this reason, the Board will negotiate with the DES  to replicate in second-level schools the successful primary school model of ASD classes.

This is just an overview of the many issues debated and voted on on this year’s Educate Together AGM. Again, we would like to thank all the members and delegates that attended and contributed so passionately and positively and to the staff of Portlaoise ETNS for letting us borrow your beautiful new building for the day. We look forward to seeing you all again in 2016 when we will welcome at least four new national schools and one new second-level school. 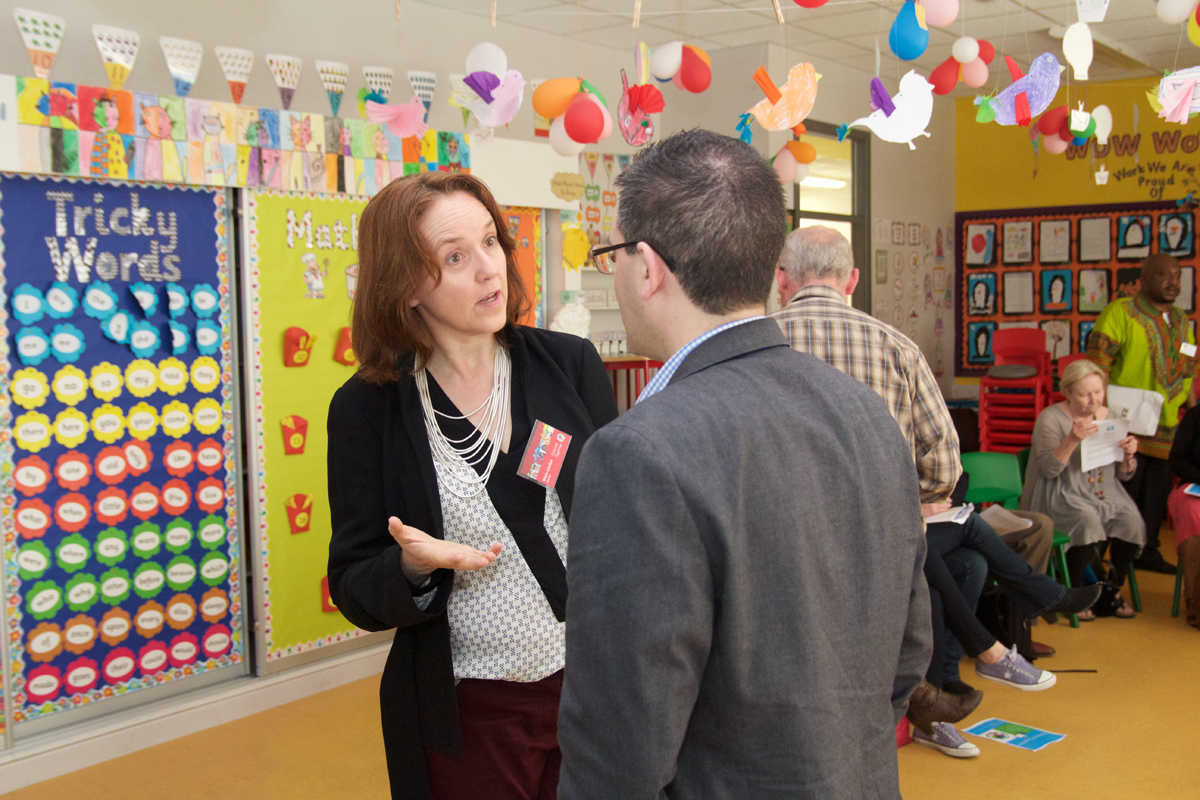