Educate Together is delighted to announce Ashling Kenevey as newly-appointed Principal of Dublin North East Educate Together Secondary School, opening in September 2019.

Ashling started her career in the IT industry before following her passion into the teaching profession in 2012. She taught Maths, Business and IT in Ringsend College and Coláiste Dhulaigh. She established an after-school coding club and managed the senior boys’ and junior girls’ soccer teams. Ashling is also on the executive committee of her local GAA club and manages one of their teams.

“I believe that what happens in the classroom is the most important aspect of school life and as Principal I will support teachers to ensure all students are working to the best of their ability and reaching their true potential both academically and personally. I have always believed in a student-centred approach to teaching and learning. By showing an interest in students, ensuring that they know you care, developing their self-esteem and praising their progress they enjoy learning and become hungry for more. I believe that by involving students, parents and the wider community in the running of the school, we can create the best environment for our students to excel.”

Dublin North East ETSS will open in Autumn 2019 to First Years. Find out more here. The Department of Education and Skills is currently sourcing accommodation for the school. 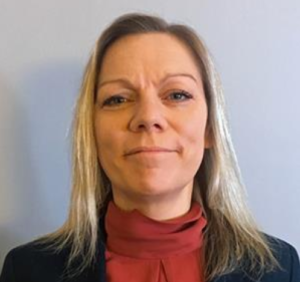