On Friday the 16th of September 2011 â the Thornleigh community â parents, grandparents, guardians, children, teachers and SCP had their first attempt at soup making, and boy was it a success! 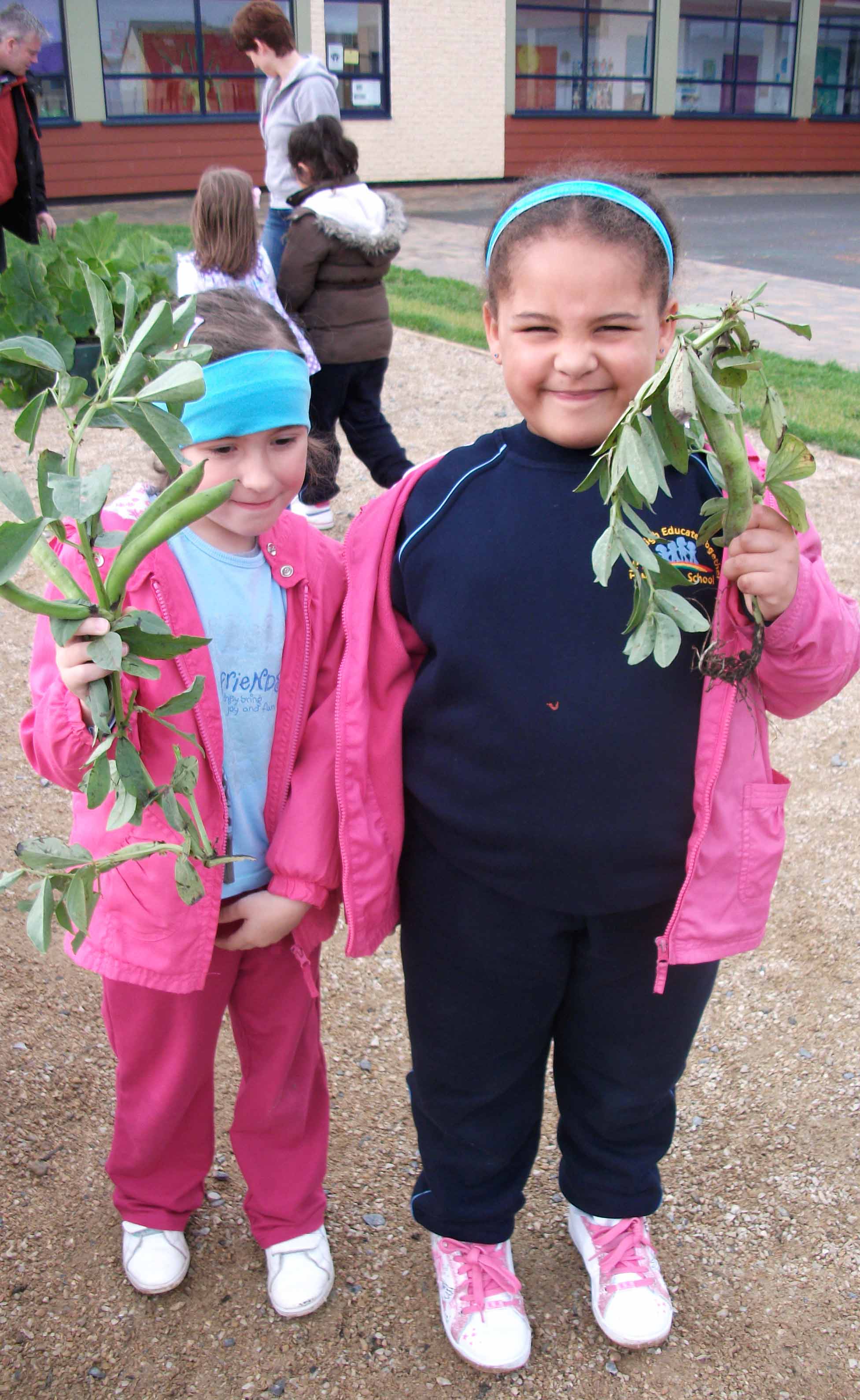 The story begins in the school garden in early September of 2010. The children, guardians, parents, teachers and staff of Thornleigh began to plant a garden. Some of the staff researched what plants/seeds we should plant and when in order to have a harvest at different times during the year and at Harvest Festival time.

Each Friday morning the Thornleigh Community took a trip to part of our Magical Arts Garden and began to plant tiny seeds. Whatever the weather the community diligently and patiently took care of the garden.

During the summer months Eamonn, the parents and children looked after the garden. They harvested parts of it and watered and fed the rest of it. It was such a joy to see the happy faces of the community busily working in the Irish sunshine. 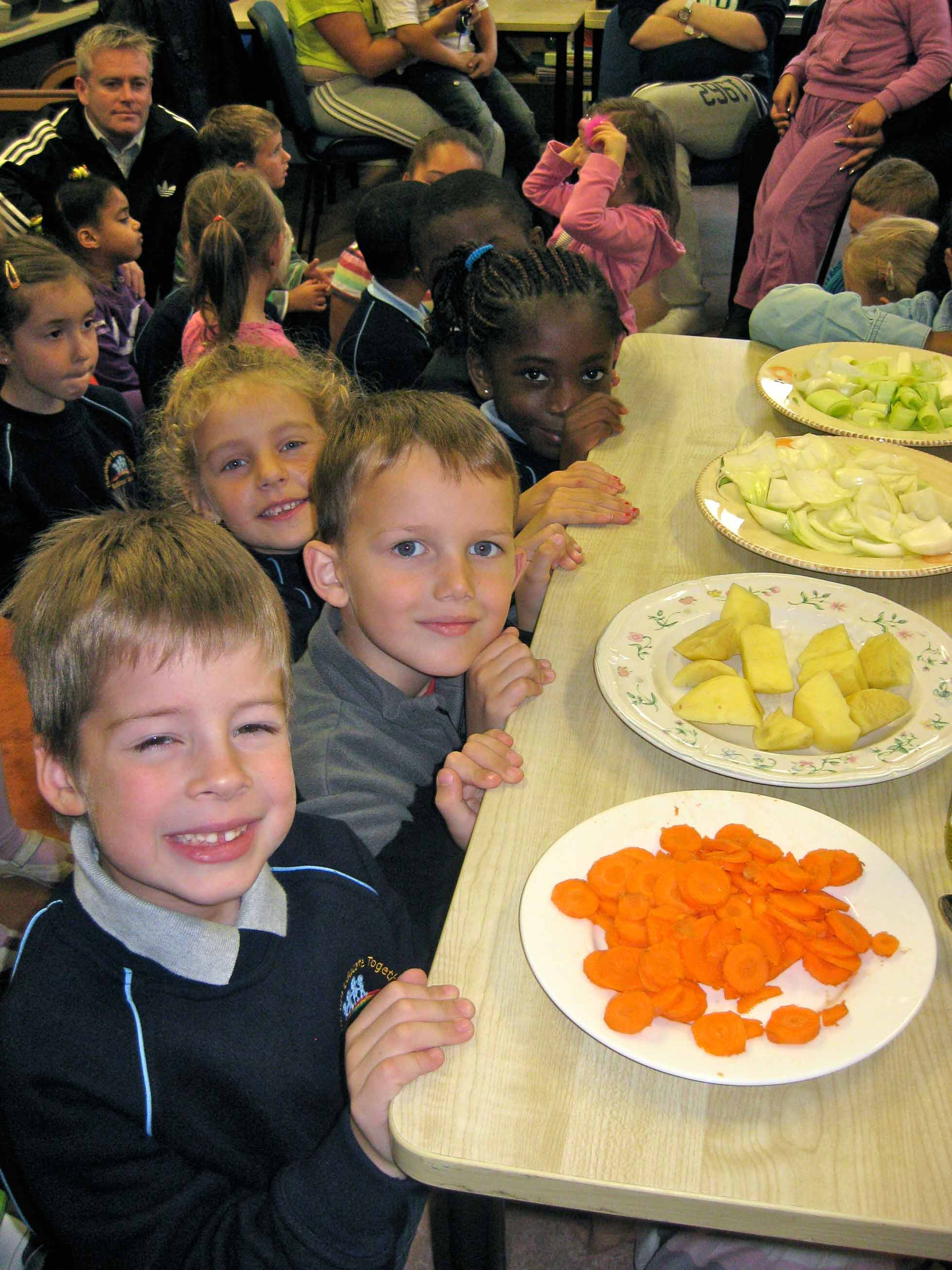 When we returned to school in September the staff decided to harvest the garden with the children in order that we could make soup. The children were so excited as they got ‘stuck in’ with dirty hands and faces to harvest the vegetables! ‘Wow’ said one child â ‘vegetables don’t grow in the supermarket!’

This morning lots of the school community gathered together in the staff room and first light to prepare and cook the soup. All the children came to watch and help where possible and the also enjoyed an oral/literacy/numeracy lesson. This is our creative way of ensuring all students receive the extra time allotted for literacy and numeracy in the new guidelines.

In the ever changing face of education and cut backs and more emphasis on literacy and numeracy in the classroom â the staff at Thornleigh managed to creatively combine â maths, science, literacy and the Learn Together programme into one very successful lesson for the whole school alongside the parents. 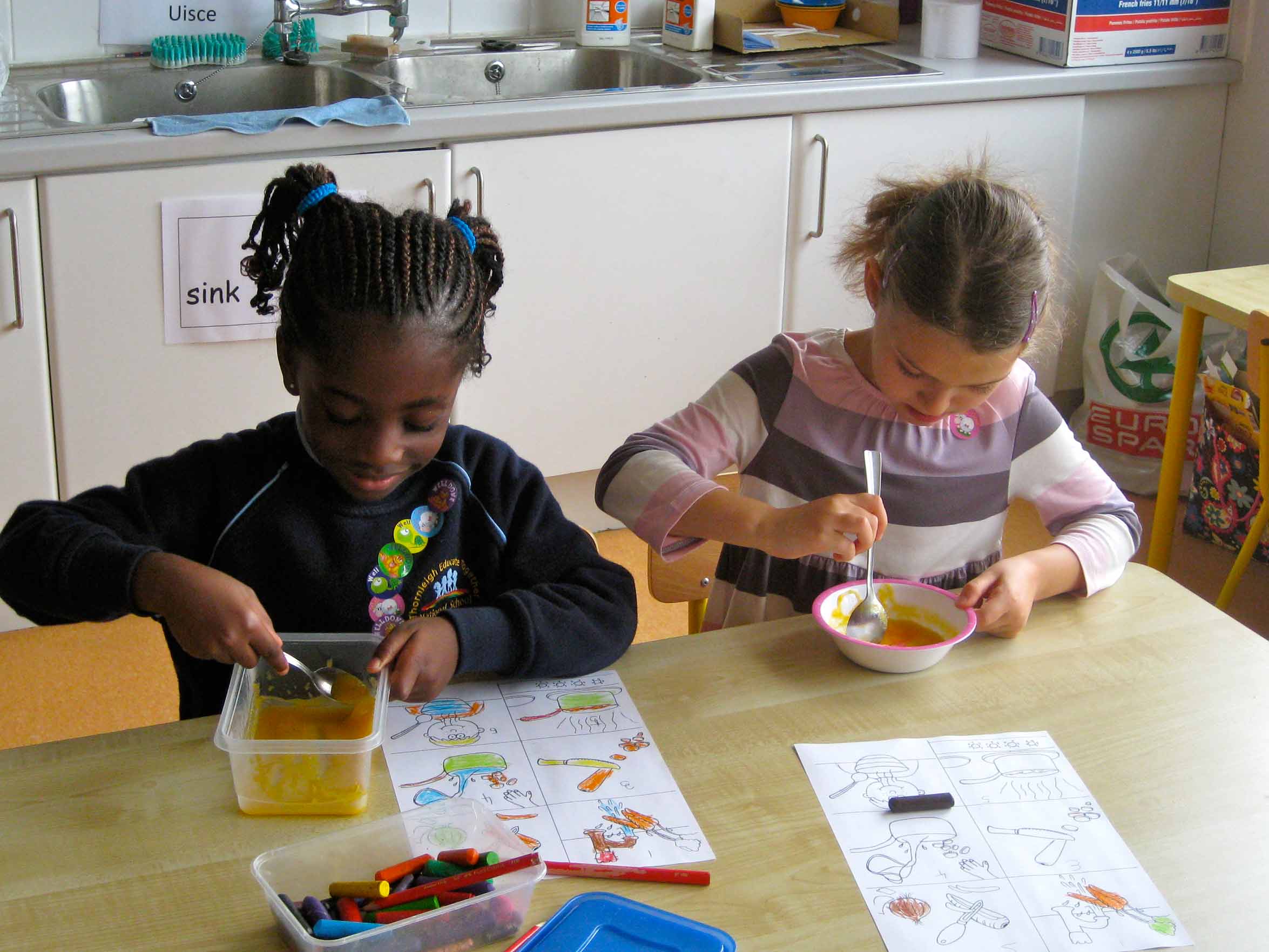 A big thank to all who made this a great success and to Miss Aoife Byrne for
heading it up â who knows what we will cook next time â pumpkin pie, pumpkin soup?

So Jamie Olive â eat your heart out!!