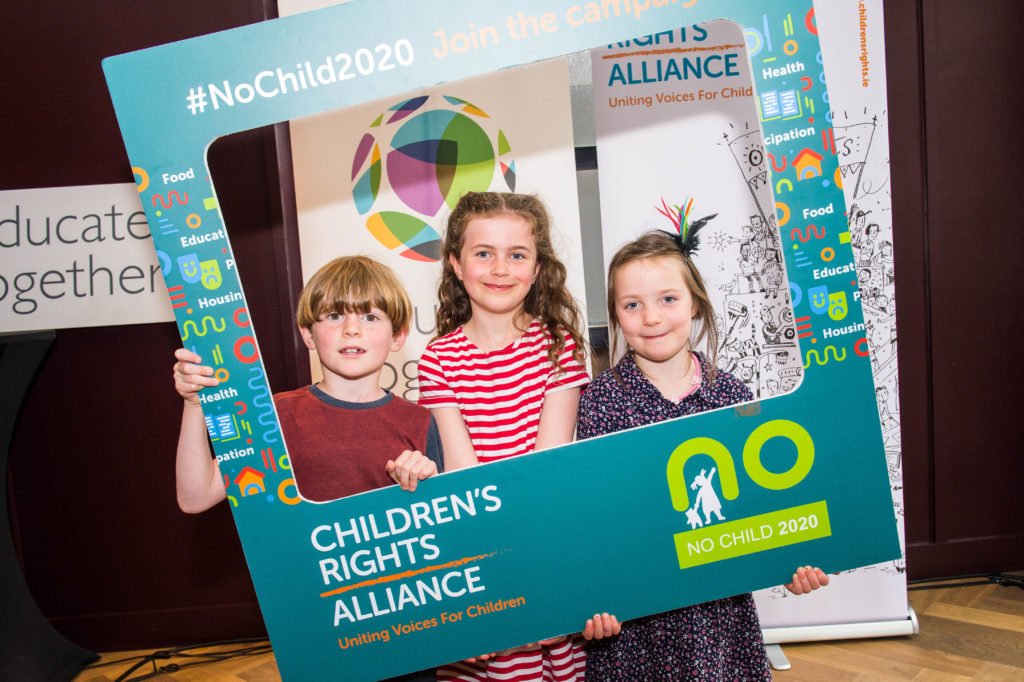 Dublin Candidates for the European Parliament today faced tough questions on a number of topics from students from eight Educate Together schools on subjects from climate change to child poverty, playgrounds and the housing crisis.

Paying tribute to the engagement of the students, candidate Alice Mary Higgins, cited the ”wonderful questions from the young audience”and candidateBarry Andrews described it as the“first European Hustings where all the questions have been put by children”.

The panel was chaired by journalist and broadcaster Dil Wickremansinghe and included:

The candidates debated climate change, the role of Ethical Education in promoting inclusive societies, reduction of voting age to 16, the role of the student voice in demanding change in Europe, the challenges posed by Brexit and the housing crisis.

In response to a question on fighting climate change from a Griffith Barracks Multi Denominational School student, Rita Harrold (Solidarity – People Before Profit) voiced her support for real state investment in our national public transport systems. Senator Alice-Mary Higgins (Independent) called for joined up thinking on the related issues of biodiversity, climate change and sustainable development:

Cllr. Ciarán Cuffe (Green Party) called for practical solutions: upgrading every council house to an ‘A’ energy rating and for free public transport for all children on the island of Ireland. Lynn Boylan MEP (Sinn Féin) made the point that whilst small measures are certainly needed, members of the European Parliament need to stand up to corporate interests in order to make significant progress on the issue.

Another topic of interest was the role education can plays in promoting more inclusive societies in Ireland and the EU. Cllr. Gary Gannon (Social Democrats) spoke about the important role of Ethical Education, which focuses on questions of equality, justice, sustainability and active citizenship, in fighting against extremism in society. This sentiment was backed by Alex White (Labour Party), who suggested that both young people and adults could benefit from increasing exposure to Ethical Education! Alex advised the students in the audience:

“If you see something you disagree with or makes you upset in the world then say something about it.”

A Hansfield Educate Together Secondary School student asked the candidates what their positions where on lowering the voting age to 16. Deputy Frances Fitzgerald (Fine Gael) voiced her support- “it’s the right thing to do” –an initiative which Frances hoped would lead to increased discourse and engagement. Éilis Ryan (Workers’ Party of Ireland) agreed, pointing out that 16 year olds take on increasing responsibilities and therefore should be given the opportunity to shape the way their society is run by way of participating in public votes. Lynn Boylan MEP (Sinn Féin) discussed the need to engage with young people on the importance of voting, civic engagement and activism, especially in in disadvantaged areas where it is often harder to communicate the message that everyone’s vote counts.

Rathfarnham ETNS students posed the question – ‘do you think we, as children, will be able to afford a house in our lifetime?’ to the panel. Cllr. Ciarán Cuffe (Green Party) stated that Ireland was suffering a housing crisis and stated that the current Education Minister doesn’t realise quite how bad the problem really is. Rita Harrold (Solidarity – People Before Profit) raised the issue of EU rules which limit the amount of public spending on social housing. Rita called for the construction of 100,000 social homes within the next three years in Ireland and a national movement on affordable housing.

Daniel, a seven year old student from Riverview ETNS asked the candidates would it be possible to make more playgrounds so that all children can grow up healthy and happy? All candidates agreed that this should be a priority for Ireland’s children! Barry Andrews (Fianna Fáil) praised the event and pointed out that it was likely the first EU political panel which was fully student-led. He thanked all the young people for their fantastic questions. This sentiment was echoed by all of the candidates on the panel.

The paper below sets out key recommendations as to how Ethical Education can bridge the gap between policy and practice and thus contribute to the achievement of the EU vision of education for all. 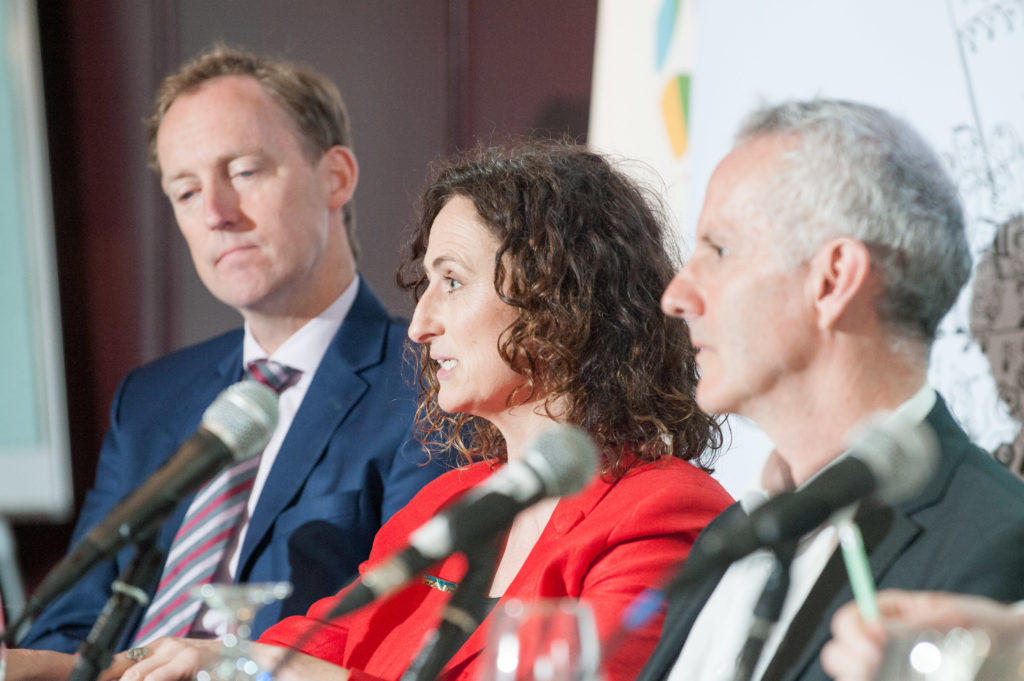 Saoirse Brady, Legal and Policy Director with Children’s Rights Alliance, gave an overview of the Children’s Rights Alliance No Child 2020 Campaign, which emphasises the place of child poverty as a national issue. With a quarter of children across the EU living in consistent poverty and with one in 10 children in Ireland living in consistent poverty, Saoirsediscussed the need for future members of the European Parliament to commit to help break the cycle of poverty and inequality.