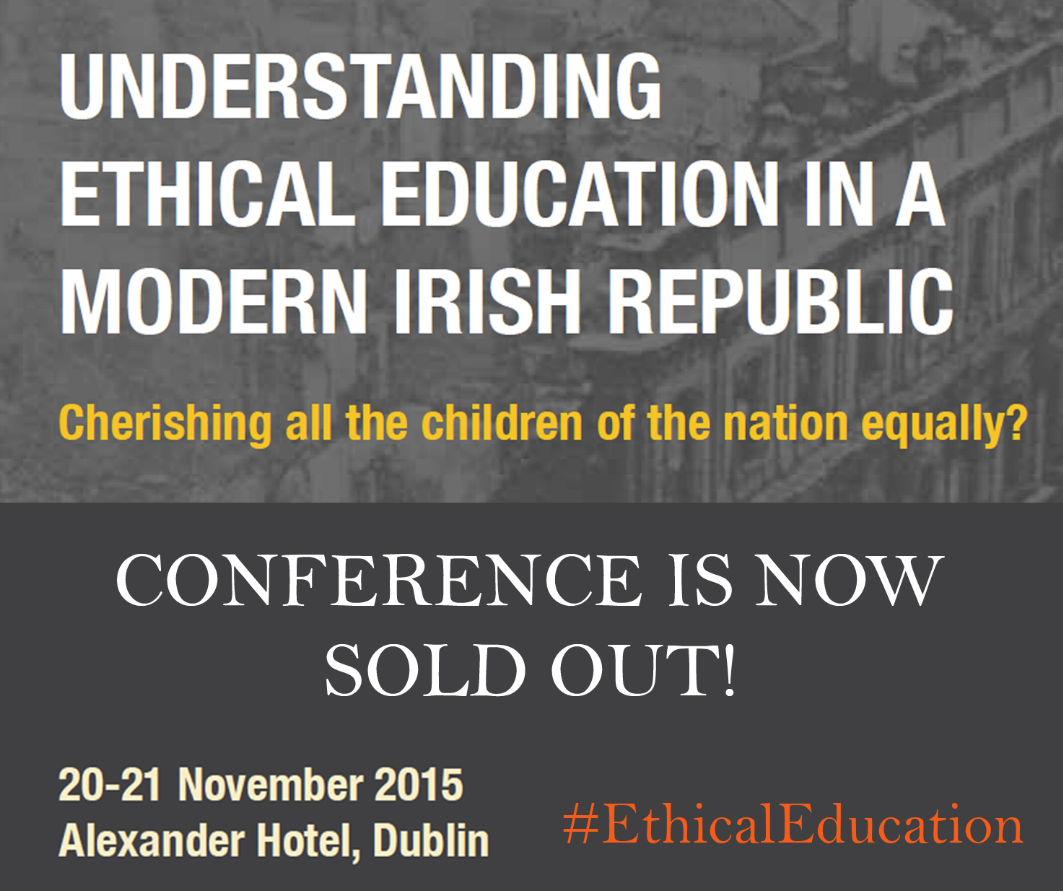 On Universal Children’s Day, Educate Together will open its first Ethical Education Conference, ‘Understanding Ethical Education in a Modern Irish Republic: Cherishing all children of the nation equally?’. This pioneering event, hosted by Ireland’s equality-based school patron, is an opportunity for educationalists to explore issues central to an inclusive ethical education in a modern republic.

The keynote address by Diarmaid Ferriter, Professor of Modern Irish History at UCD, will set the conference in the context of the 1916 republican proclamation. Elaborating on the conference theme, Professor Ferriter said: "As we approach the centenary of the 1916 Rising, it is imperative that we have an honest, open and robust debate about the evolution of the Irish education system over the last 100 years and what should constitute an inclusive education system in the Irish Republic in the twenty first century."

The main address on Saturday will be given by Professor Sharon Todd, Head of Education at Maynooth University. Professor Todd will explore the pressing need for a publicly responsive education system, supported by the State in both access and funding. Professor Todd will argue that public education should embody a commitment to developing and sustaining ethical relationships between diverse groups within society.

Over the course of the two-day event, a range of educationalists will present the latest insights into how Ethical Education can be advanced in schools. The conference will facilitate teachers to critically reflect on their understanding of ethical education, on their current practices and how they can be supplemented and enhanced.