What are stars made of? (that's because of 'twinkle, twinkle). Who is the oldest teacher in the school? (the oldest must be in charge right?) Can a boy marry a boy? (someone's uncle is getting married to his boyfriend) When is it break time? (swiftly followed by….I'm STARVING).

Just a few of the questions Junior Infants come up with on a regular day in school. So …. very hot gases and other stuff but I'll have to check with google, me, and no I'm not in charge, yes a boy can marry a boy if they love each other when they're grown up, and not for ages are the answers to the above. 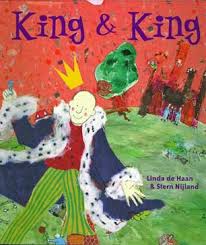 Later in class the boy marrying boy question arises again and we discuss how grown ups who love each other sometimes choose to get married. Our children come from a range of different families including foster, single parent, hetrosexual parents, families raised by grand-parents and gay or lesbian couples. During the course of their first two or three of years at school we'll have read a number of books featuring different types of families such as King and King, And Tango Makes Three, Space-girl Pukes, Who's in a Family, Mommy, Mama and Me and Daddy, Papa and Me as well as those challenging gender stereotypes such as Princess Smartypants and Prince Cinders.

Acknowledging and celebrating different families is crucial to making all children feel part of the school and wider community, and to enable them to learn how to value and respect those who are different. This includes stocking library books which feature different families units, using stories as a springboard for discussion and debate, thinking time, drama, video-making, art, music, history and geography. 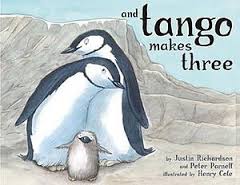 As teachers we are aware that the children we teach have diverse belief systems, sexuality, culture, abilities and come from a wide range of socio-economic backgrounds. We are entrusted with the job of helping each child to be the best that he or she can be while respecting their differences. In striving for schools where all children are challenged to question the world around them and to develop a strong sense of personal identity, we need to pay particular attention to children in senior primary classes. 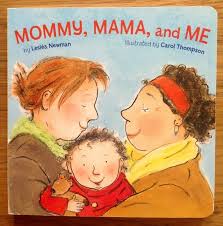 'Gay' is still used as a negative term by children across the country and teachers need to respond to homophobic language in the same way as to racist language. It's not enough to just ignore it and rationalise that the children don't know what it is they are saying.

The DES anti bullying procedures identify groups vulnerable to bullying which include 'pupils with disabilities or special educational needs, those from ethnic minority and migrant groups, pupils from the Traveller community, lesbian, gay, bisexual or transgender (LGBT) pupils and those perceived to be LGBT and pupils of minority religious faiths'.They suggest that 'A cornerstone in the prevention of bullying is a positive school culture and climate that is welcoming of difference and diversity and is based on inclusivity and respect.'(Anti Bullying Procedures for Primary and post Primary Schools, September 2013, DES).

If difference and diversity have been celebrated from the earliest years, it's much easier to deal with homophobic language at senior level e.g. during circle time using a story such as 'The story of Harvey Milk' to get some discussion going, inviting speakers to talk to the class, showing videos or reading newspaper articles to stimulate debate and discussion. Tom Daly's (UK Olympic Diving medalist) recent coming out video on Youtube  is very useful here as are articles about SOAK (16 year old female singer from Derry)  or simply asking children to suggest their own cultural icons, (there's scarcely a soap opera on TV without a gay character). In addition organisations like Belong To and Stonewall have great resources for teachers looking to create lesson plans. 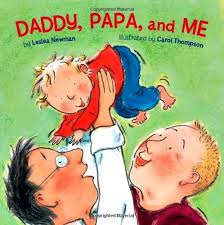 Educate Together advocates a child-centered approach to education and children come in all varieties. We don't know which of the children we teach will identify as LGBT nor which have gay or lesbian families members, but we know for certain that some will. If we can make these children feel supported, affirmed and valued from an early stage this can only have positive consequences for their learning and ultimately their self-esteem. As teachers we should deal with questions and issues about sexuality in the same way we deal with everything else in class – age appropriately and respectfully.

Lists of books challenging gender stereotypes and books with LGBT characters are in the Library sections of the Resource Bank. Specific teaching material is highlighted under Resources for the Equality and Justice strand: Resource Bank