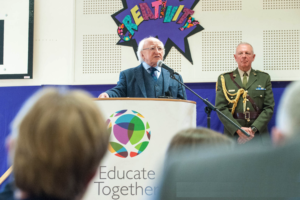 In a powerful address to a packed hall, he described both his and his wife Sabina’s early involvement with Educate Together and their ongoing support for the pioneering vision of the equality-based school movement:

“Today, that pioneering vision has taken its rightful place in our education system, growing, flourishing and enabling a further generation of citizens to benefit from the generous and participative ethos which defines Educate Together.

President Higgins and his wife Sabina have been long-time supporters of the Educate Together movement. Both were founding members, as well as active Board members, of the Galway School Project (now Galway Educate Together NS). Sabina Higgins was the school’s first Chairperson of the Board of Management.

After viewing Proclamations from 38 Educate Together national schools, President Higgins noted that ‘equality in a practical sense’ is a common theme. He went on to praise the ‘universality’ of Educate Together and commended the organisation for educating children to ‘break the paradigms of failure’ in the future. He also spoke of how far Irish society has come since the foundation of the Educate Together movement:

“There can be no doubt that, as a society, we have travelled far from the Ireland of 1978 when the Educate Together movement first took root. We have made considerable progress towards the elimination of discrimination against citizens based on class, gender, physical and mental ability, religious faith or the absences thereof, ethnic origin or sexual orientation and have learnt to welcome alternative communities and identities.

There is no room for complacency, however: President Higgins challenged the delegation:

We ask ourselves, however, if we have fully engaged with the challenges and complexities of becoming an increasingly diverse society.”

President Higgins also paid moving tribute to two of the founders of the organisation, Áine and Bill Hyland, praising the early pioneers of the movement as ‘audacious and brave’. 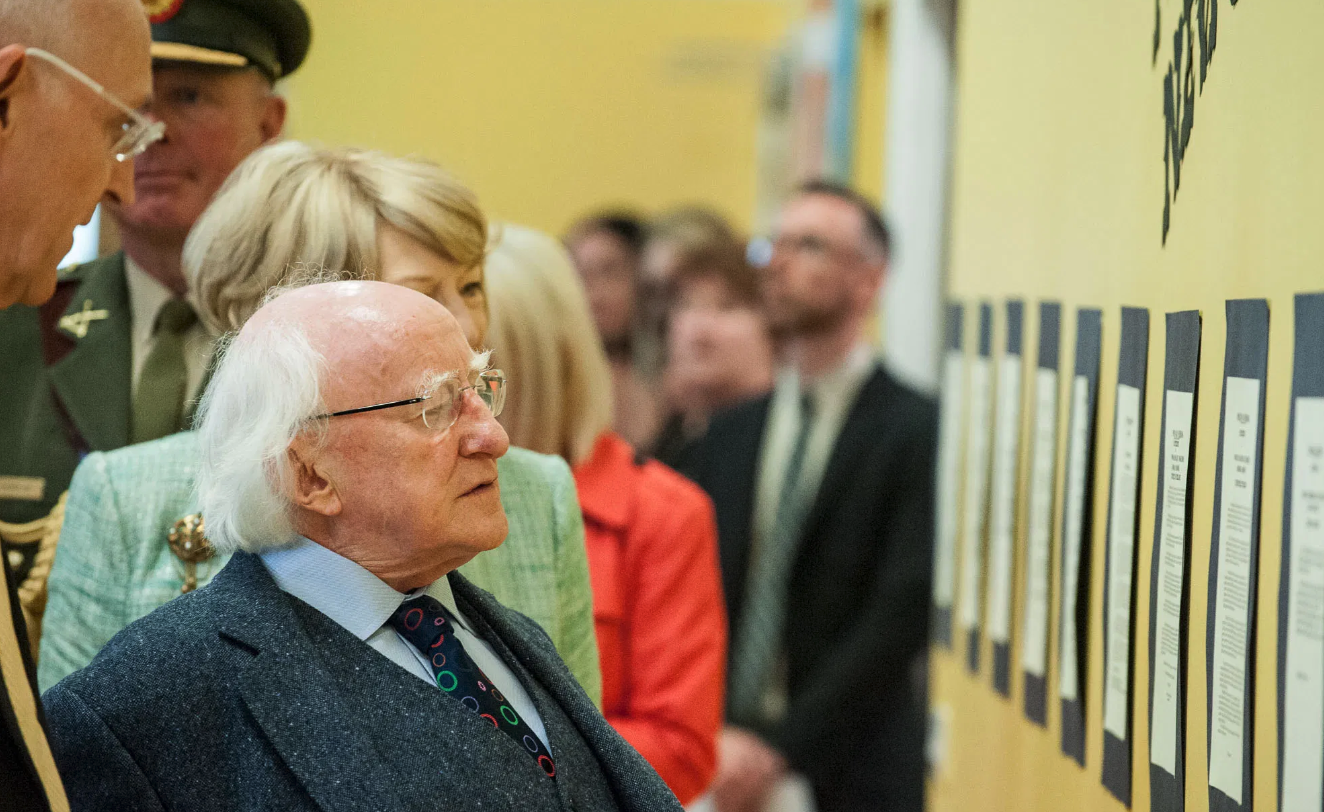