Eighteen months ago, in association with the completion of a major building extension, the Department of Education and Skills approved a Per Cent for Art grant for the school.

Having already witnessed pupils, staff and parents stage a number of highly successful school pantomimes and talent shows, the Board of Management did not hesitate in agreeing to use the funding to commission a work of Musical Theatre.

A selection panel was formed, and guidance was provided by Sinéad Redmond, County Arts Officer.

Following national advertising, the proposal submitted by Dublin based composer Vincent Kennedy was chosen. He proposed writing and developing an original school musical, in which the pupils would benefit from on-going singing, drama and comic-acting lessons. He would get to know the values of the school and the personalities of the pupils, and use this knowledge to shape his work. 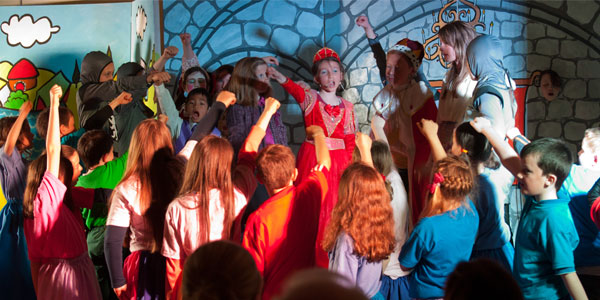 ‘Mr. Kennedy’s depth and range of experience immediately caught the selection committee’s eye’ â Raymond Swan. For over 20 years, Vincent Kennedy’s music has been performed at home and abroad by the RTÃ National Symphony Orchestra, RTÃ Concert Orchestra, Bands of the Army and Garda, Cantando Choir and many other groups and ensembles. He had received previous commissions from RTÃ, Wexford County Council, Meath County Council, Donegal County Council, Offaly County Council, Lyric FM and from the Peace II and Peace III cross-border initiatives.

The resulting musical The Heart of Truth was performed at the school on Thursday 8thand Friday 9th March. ‘There was a great sense of occasion,’ â Raymond Swan, ‘the children really felt that they part of something exceptional when they put on the bespoke costumes and the radio microphones, and when they saw the live band and the professional lighting system transform their school hall.’

Well over 100 children were directly involved in the performances. ‘Vincent Kennedy was determined to ensure that every child who wanted a part was included,’ â Raymond Swan. ‘He wrote new parts and songs along the way, and two separate casts were assembledâ with one performing on Thursday and the other on Friday.’ Backstage roles were also central to the project, with a number of pupils moving the sets and props during the performances.

The school hall was packed to capacity for both performances. Town Mayor Angie Dooley attended on Friday, while Niall Wall from the National Office of Educate Together attended on Thursday. The performers received standing ovations on both nights. One of the comic highlights was The Talking Wall, while musical numbers such as Queen Cornelia’s Song, New Generation and We’re Going to Build a Bridge are still being hummed around the school.

Mr. Kennedy’s team for this project included national and local figures. The Director for the performances was playwright Declan O’Brien, a regular contributor to Joe Duffy’s Funny Friday RTÃ radio show. The Musical Director was Ronan Dooney a member of the original Commitmentsband and current member of the RTÃ Late Late Show Band. Local artist (and school staff member) Niamh Murphy did a remarkable job in creating sets for the show, while local choreographer Edel McDevitt (who is also a teacher at Gorey Educate Together) kept the pupils in step. Grainne Kennedy was in charge of bringing together costumes and props.

‘This was a wonderful experience for the children,’ â Raymond Swan. ‘We have seen their stage presence grow and grow over the past several months. Singers, narrators, comics, dancers, the chorus and the backstage crew â they all worked hard throughout and deserved the tremendous reaction given to them by the audiences. The school’s youngest pupils are already looking forward to their chance to star in The Heart of Truth in the years ahead.’ 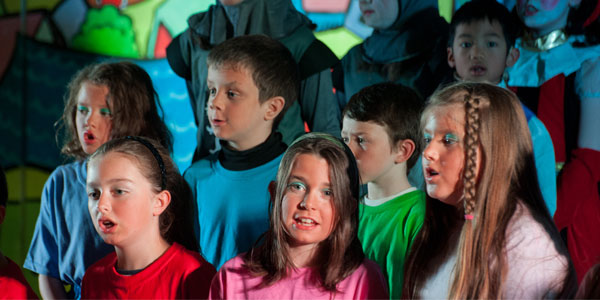