Further to Carl O'Brien's article, 'Is this the answer to the school patronage debate?' in the Irish Times today, Educate Together would like to iterate its position in relation to the Community National School model of education. 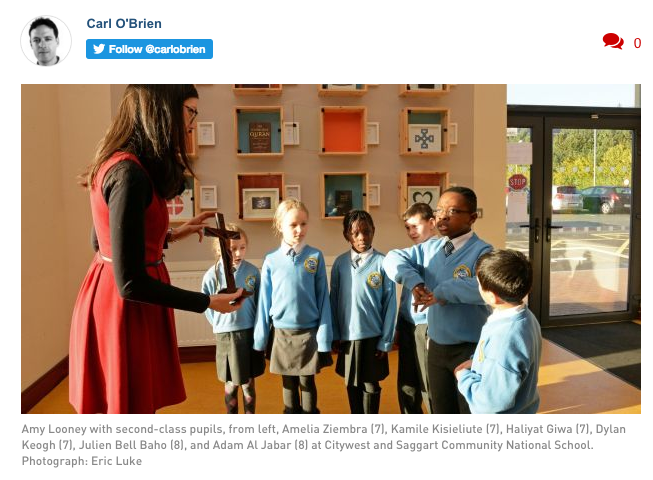 For many years, Educate Together has expressed its hopes for State input in Irish primary education. In 2007 Educate Together enthusiastically welcomed the Community National School initiative and attempted to contribute to the development of the model.

However, with valuable insights based on 38 years of equality-based school management, Educate Together has some concerns that these schools do not provide a viable alternative to denominational education in Ireland.

Educate Together believes that the CNS school model sanctions the segregation of young children. Educate Together believes that separate can never be equal and that from an educational point of view, it is not desirable to imprint religious difference on very young children in a classroom – even if it is in a well-intentioned ceremony during which children contribute ‘artefacts symbolising their faith or belief’ or children separating into ‘different groups for faith nurturing'. Children entering primary school are taking their first steps in a formal social setting and may be interacting with children of different ethnicities, social status and religious background for the first time. The messages given at such an important threshold in life are extremely important.

Primary school teachers in Ireland are educated to teach the religious programmes of the Catholic Church and the Church of Ireland and there are limited training opportunities for teachers to learn about teaching the Ethical Education programme provided in the State’s 81 Educate Together schools or for other minority religions. Expecting a teacher from an Irish background to teach about the Muslim faith, as cited in the article, is an unsatisfactory compromise and may place a teacher in the position in which her or his religious identity must become stated inside of school hours, possibly contravening employment equality legislation.

The mooted collaboration between ETBs and the Catholic Church is also problematic when it is considered that the very rationale for setting up Community National Schools in 2007 was to address the widespread demand for accessible alternatives to church-run schools. Far from being ‘progressive’, these schools could be too rooted in tradition for Ireland’s rapidly changing educational needs.

Furthermore, Educate Together is concerned that the existing Community National Schools are not sufficiently transparent. There is very little publicly available information and it is difficult to ascertain how the CNS model works in practice.  Educate Together is concerned that the Department of Education is proceeding to roll-out this model of primary school before any independent evaluation of the model has been undertaken or published.

Concerns about the democratic nature of the schools

There is also uncertainty surrounding the democratic nature of the schools. The Education Act (1998) states that all national schools in Ireland must have Boards of Management. However, due to their pilot status,  up to September 2016 Community National Schools have had no Boards of Management. In their absence, it could be claimed that these schools were operating outside of the legal framework established for all national schools in Ireland. With no formal parental, community or staff participation, the schools have been managed without the input of key stakeholders and with limited accountability.

Therefore, Educate Together proposes a partnership with the ETBs at national school level to circumvent some of the issues that are being observed in the CNS model of education. It would be regrettable if this potentially positive step of State turning towards reforming Ireland’s educational infrastructure becomes the subject of educational and legal challenge.  Educate Together believes that this trajectory could be diverted into developing a State education system that serves all citizens equally and observes the right of children to be nurtured and protected in school. Educate Together is eager to assist the State and/or the ETBs to achieve this aim.

The article has already provoked a response in correspondence to the Irish Times.

A full briefing document can be downloaded below: 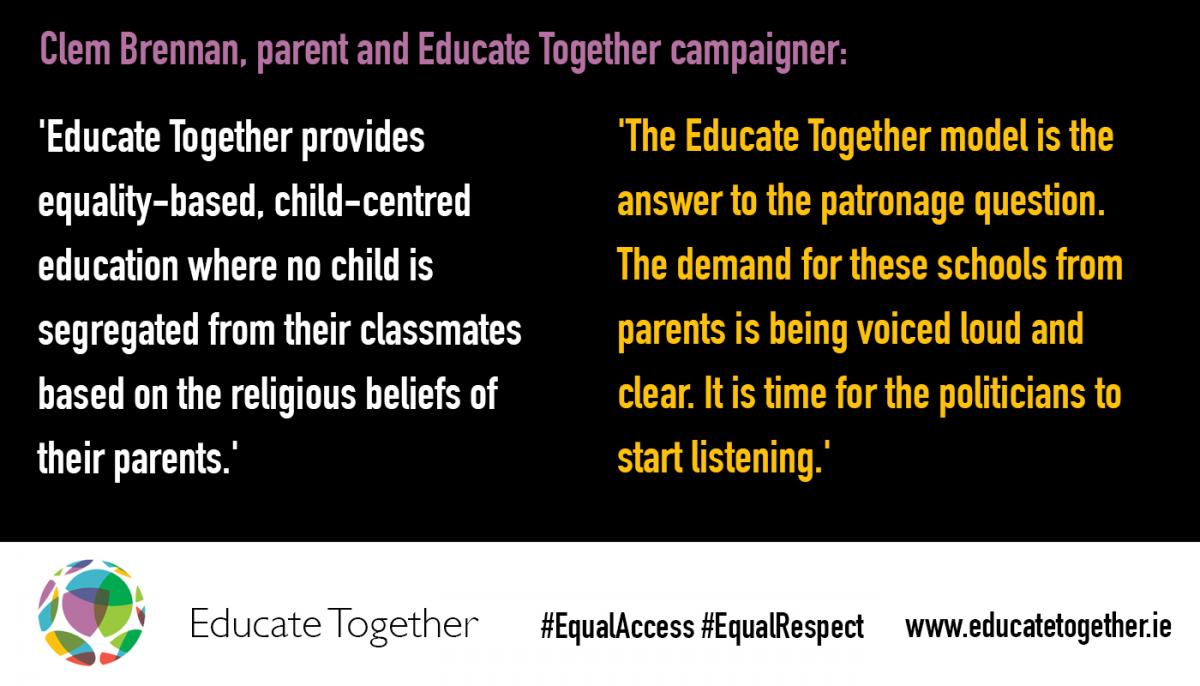